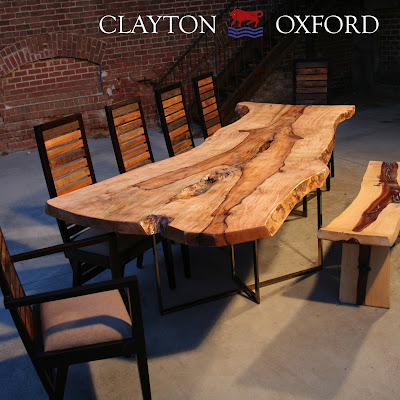 As much as he enjoys international travel, Clayton Oxford has a thing about control, particularly when it comes to the supply chain and production of his distinctive, eco-friendly home furnishings and accessories. He also likes to be able to tell his customers--interior designers and retailers--that he can actually deliver their orders in two to three weeks.

While others bemoan the current state of the U.S. furniture industry, and the impact that the loss of manufacturing jobs has had on the country, Oxford believes that when designers create products using local resources, furniture will be made in the U.S. again. “Design used to be driven by quantity, but now more than ever, design has to be driven by quality and value,” he says. “It’s not about what we can’t make in the U.S., but what we can.”

Oxford will share his thought-provoking perspective, Tuesday, October 25, from 2 p.m. to 3:15 p.m. in the Mezzanine Level Seminar Space, during “Entrepreneurship & Design: The Benefits of Local Sourcing,” an Antique & Design Center at Market Square seminar, sponsored by VandM.com.

A native of Winston-Salem, N.C., Oxford decided to pursue his career in home furnishings design following film school, where he majored in art direction and production design. “I realized I didn’t want to make props for movies,” he says. “It was fun, but we spent so much time building these great things and then we’d just tear them down after the shoot.”

Knowing he wanted to make things of lasting value, the designer set out to import “truly unique products that had not been on the market before.” And he was successful at it--shipping many containers stateside over the years.

“It’s not that I didn’t want to go that way,” Oxford says, recalling the early days spent knocking on factory doors in the Phillipines with a backpack and a plan to create a company. It’s just that as the company grew, he grew frustrated by the excessive lead times, delays and headaches inherent in the process of manufacturing overseas.

This week, Oxford will bring some 70 new, modern rustic designs to the High Point Market that were produced in North Carolina using native solid woods like American black walnut, cherry, magnolia and maple and reclaimed barn wood. Most is sourced within a 20-mile radius of where the furnishings are manufactured in Durham. As part of the “Natural Slice” collection, Oxford also repurposes materials like slabs of river-recovered cypress wood estimated to be between 1500 and 2000 years old. Hence the company’s apt tagline: “Designed by Nature, Crafted by Hand.” 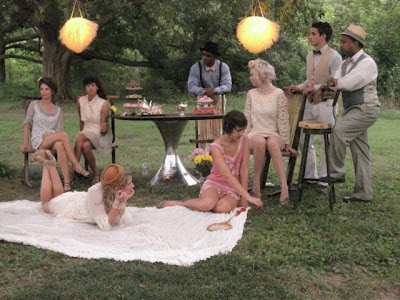 While Oxford does continue to import some raw stock in species like acacia, teak, rosewood and cocobolo, the member of the Sustainable Furnishings Council notes that anything he imports is FSC certified. “It’s all wood that has naturally fallen down or was taken down in a sustainable way,” he relates.

Honing the production process and sorting out the supply chain may have involved a long and circuitous journey, but the entrepreneur is pleased with the results and eager to share what he’s learned in taking on the archetype of today’s furniture company.

Indeed, he says, “We’re at the point now where we are actually the company we’ve wanted to be for years, and we’ve created five or six new jobs in the past couple of months in order to keep up with the demand from customers who want quality, American-made products. And, we’re doing it competitively.”